Food intolerances are becoming more and more prevalent. I’m no food expert by any means but if I had to guess, I’d say a lot of it has to do with the quality (or lack thereof) of our food.

Processed. Fake. Artificial colors and flavors. Our bodies don’t know what to do with it.

A while back I developed the worst stomach issues. Cramps. Bloating. Dagger-like pains. I’d have to lay in fetal position for hours. It sucked!

So I decided I would try an elimination diet. First I ditched the dairy. Y’all, hardest thing ever for this cheese lover so I was thankful when that wasn’t the fix. Then I tried cutting out gluten because that’s also a very common food allergen. That didn’t work either.

After speaking to my mom who’s a health guru (so thankful for all she continues to teach me), I tried cutting out soy. That’s not something I ever would have thought about but it’s in EVERYTHING. Especially everything processed. Check your labels. You’d be surprised. Apparently having a soy-intolerance is fairly common but most people don’t realize what it is that’s causing the issues.

Soy lecithin. Soybean oil. Soy milk. Soy sauce. It’s everywhere and in different forms. The ingredient labels don’t always mention ‘may contain soy’ if it is in some of these different forms, like soy lecithin. It’s important to read through the list of ingredients rather than trusting the allergen warning at the bottom.

I tried eliminating this from my diet and it’s insane how much it helped. But the best part is that it helped me eliminate so many processed foods that weren’t doing me any good. Win- win.

There’s some controversy over whether soy is good or bad for you. After doing some research, here’s what I found.

My conclusion is that it’s probably better for your health to avoid processed foods than it is to consume soy for its ‘potential health benefits’. And I feel 100x better when I avoid it.

(Side note: I have been able to find amazing substitutes for soy. One of them including a soy sauce substitute. I now use Coconut Aminos and I can’t even tell the difference!)

My BFF now, which I didn’t use/have at the time of this discovery, is Digize Essential Oil. Digize works so well and so fast. I dilute per instructions, add it to a roller bottle and roll on my stomach whenever I am having any issues. I have also added enzymes and probiotics to my diet to help keep me regular and balanced. Everything stems from good gut health. Take care of it.

Click here if you want to get your hands on these secret weapons ASAP or checkout my Oil Toolbox page for more info.

Anyone else suffer from a food intolerance? I’d love to hear your story! 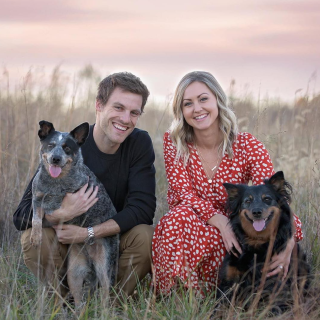